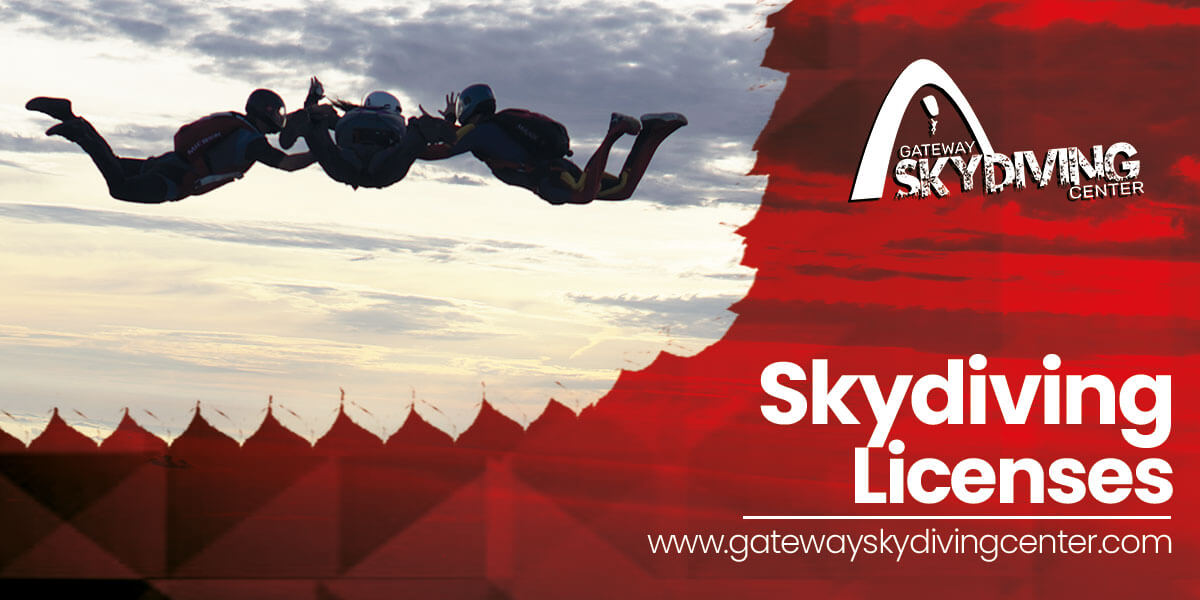 There are currently four different levels of skydiving licensing by the USPA. These skydiving licenses can be obtained through Accelerated Freefall (AFF) training at Gateway Skydiving Center here in the St. Louis Missouri area.

You may jump without supervision, pack your own main parachute, engage in basic group jumps, perform water jumps.

You are able to exercise all privileges of an A-license holder, perform night jumps, with 100 jumps are eligible for the USPA Coach Rating.

You are able to exercise all privileges of a C-license holder, are eligible for all USPA ratings.

How did skydiving start?

How To Find Skydiving Near Me?