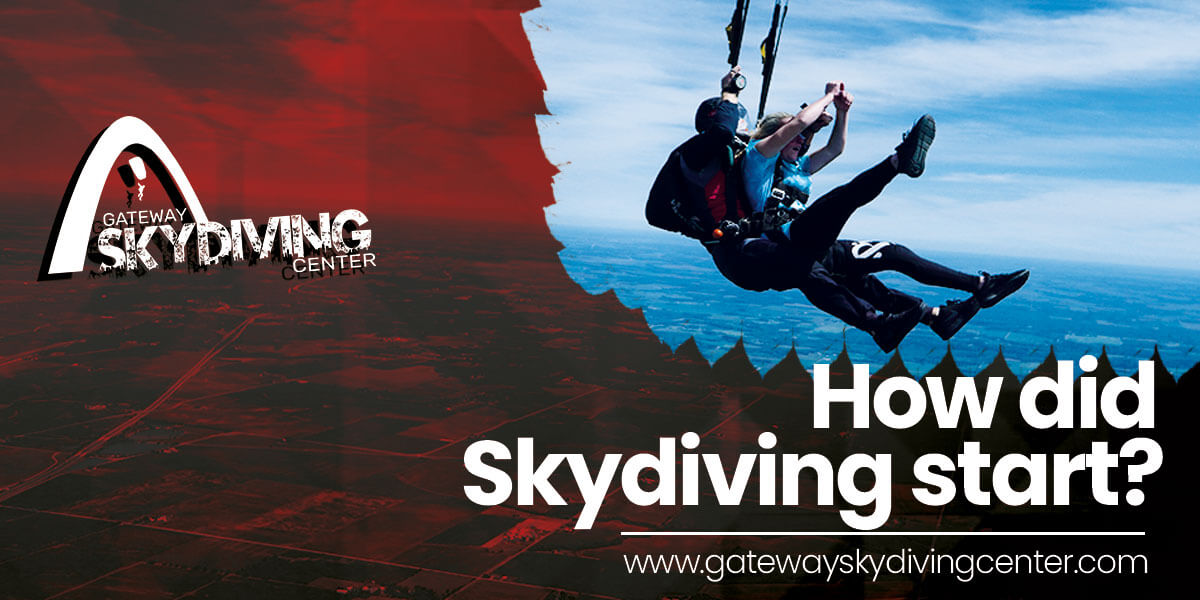 The famous Italian Renaissance painter, sculptor and scientist Leonardo da Vinci (1452-1519) left us the first written traces of an attempt to make a device that could safely jump from great heights and remain unharmed. This versatile genius was the first to scientifically approach the research of the problem of flying. So many believe that the history of aviation begins with its appearance. Unfortunately, all these important ideas in the field of theory and practice of mechanical flight remained trapped in the manuscripts of the Renaissance genius which became available to the public only at the end of the 19th century. When the development of aviation greatly surpassed them.

First skydiver in the world

The first parachutist is considered to be Andre Jacques Garnerin (1769-1823), who made a series of parachute jumps over Paris. He made the first jump by jumping from a balloon, on October 22, 1797, from a height of 2300 feet. And an opening at the top of the dome on which he found a pipe 3 feet high. Air compressed under the dome came out through this opening, which significantly increased the stability of the parachute. Demonstrating his invention in the period 1800-1882. year. Garnerin performed a number of jumps in many cities of Russia, England and throughout the “Old Continent”, jumping even from a height of 7900 feet. On these tours, he was accompanied by his wife Jeanne Genevieve Labors (1755-1847). Who also, all over Europe, parachuted, so she has the flattering title of the first woman parachutist.

Kathy Paulus is the first woman professional parachutist. In 1890, she performed dozens of parachute jumps at fairs and on other occasions. She jumped with a parachute that was folded by bending the dome. So that she untied herself from the balloon in flight with a rope.

During its 16th balloon lift, November 20, 1784. in Ghent, an accident occurred, so Blanchard, using a parachute, happily landed. Blanchard deserves credit for the practical application of the parachute – for safely saving the lives of pilots. Which will be the most important role of the parachute to this day.

This is the answer to the topic how did skydiving start.

We use cookies to ensure that we give you the best experience on our website. If you continue to use this site we will assume that you are happy with it.OkPrivacy policy