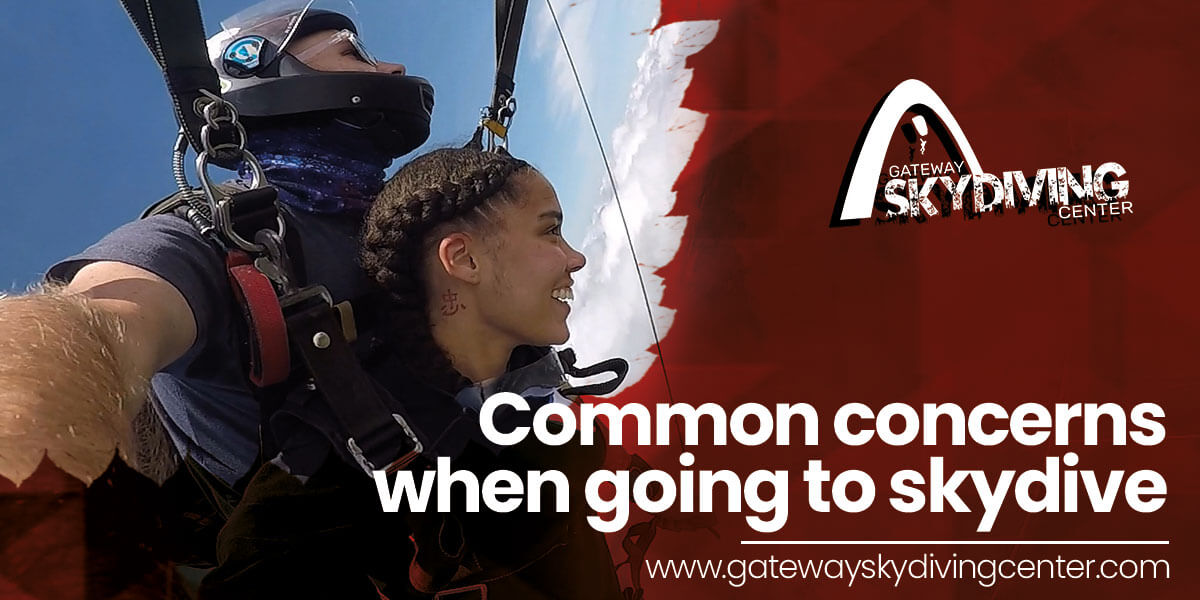 What will happen if I vomit when I’m about to jump?

This question probably come to your mind If you have a very weak stomach but want to skydive.

Bring a bag if you are really that afraid, you can roll it up and put it in your pocket. Gallon bag. That being said, most people (if they do vomit) do it while flying the parachute because they close their eyes or look straight down while we are turning, making it a similar sensation to reading in the car on a curvy road without lookout out of the windows.

If you get sick easily, tell your instructor prior to jumping so they don’t make it worse on accident. Be sure to let your instructor know your situation. It is less pronounced in the airplane or in free fall, but, it more likely during the parachute ride. Your instructor can make the ride very gentle.

What happens if I pass out during freefall?

Unconsciousness is not common in free fall. If it happens, the instructor should be capable and trained for the situation. The parachute will open even if both you and the instructor are unconscious.

Nothing happens. You’re strapped to an instructor and if anything, it just makes their job in freefall easier because they don’t have to fight against frantic movements to keep you straight in the air. Most people, if they do pass out, do it from a combination of improper harnessing techniques and/or not having much muscle mass to support their overweight body weight, so it cuts into your thighs and restricts blood flow. And that doesn’t happen until the parachute part anyways but it’s not terribly common.

Most people feel the most anxious during the plane ride up. Just remind yourself that people do this every day all around the world and survive. Skydiving has never been safer at any other time in history. You’re going to have a great time and create awesome memories with your friends!

10/10 people say the fear goes away after you exit, because you realize how stable it is. It’s not like falling off a chair, it’s more like laying in a bed. That’s not an exaggeration, that’s what it feels like. At that speed the air feels like a big cushion.

More information about skydiving can be learnt here.

You won’t regret it, it’s a wonderful ride you’ll want to do again.

How Safe is a Skydive?

How Parachutes Are Packed