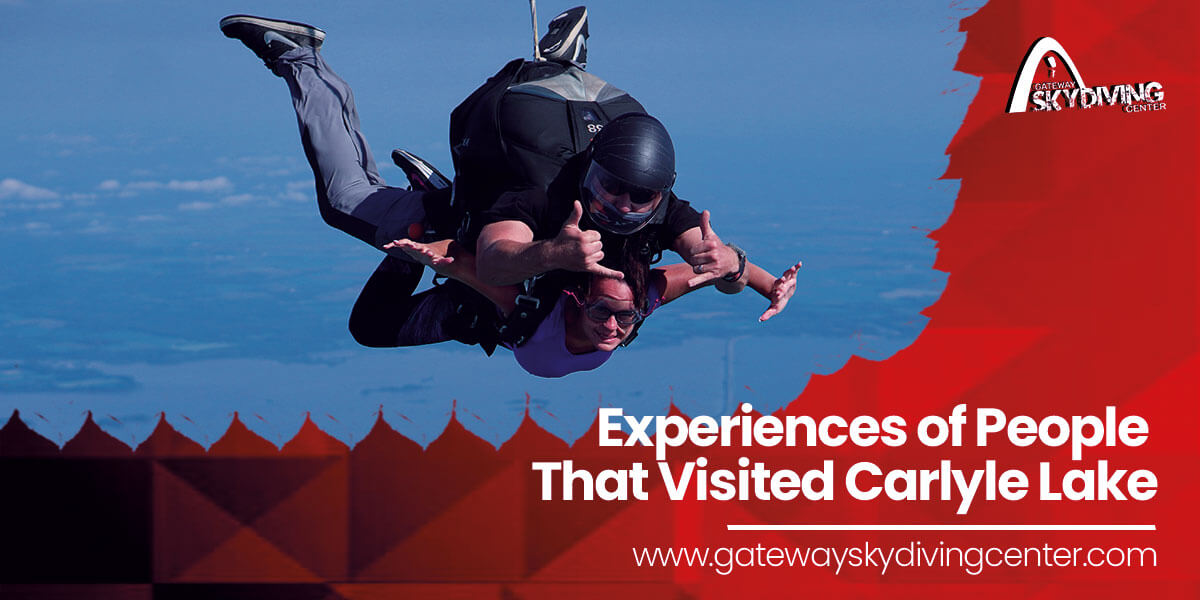 Americans first entered the Carlyle area approximately 10,000 years ago. Wildlife and Indians roamed the vast prairies and forested riverways and used a natural ford created by hard river bottom to cross the Kaskaskia River. The first settlers also used the ford when travelling the overland route from the Ohio River to St. Louis. The historic General Dean Bridge now sits on the former ford location. The General Dean Bridge is named in honour of Carlyle native Maj. Gen. William F. Dean, winner of the Congressional Medal of Honor, hero of both World War II and the Korean Conflict. The settlement of Carlyle began at the river ford in 1812 when John Hall built a log fort and lock house as a means of protection against Indians.

With the frequent flooding of the wild Kaskaskia River, citizens of Clinton County formed an organization in 1933 to discuss the Kaskaskia River Valley Project. This group made efforts to study all of the physical, economic, and social aspects of the Kaskaskia River throughout the state of Illinois. The hard work of these citizens was rewarded in 1938. When Congress approved the Flood Control Act of June 28, 1938, which authorized a major reservoir at Carlyle, levees downstream. And a plan for the development of the Kaskaskia Basin. World War II put a temporary halt to the construction of the Carlyle reservoir. After the war, interest in the river was received in the 1950s. Shortly after settling in Carlyle, Eldon E. Hazlet became interested in the Kaskaskia River and points along the banks.

The U.S. Army Corps of Engineers completed a comprehensive plan for the Kaskaskia River Project in 1957. The Carlyle and Shelbyville Reservoir Projects were authorized in Congress by the Flood Control Act of July 3, 1958. Construction began on October 18, 1958. The government purchased 26,000 acres for the lake, in addition to the land surrounding the lake for flowage easement. Homesteads were moved, along with country roads and the Chicago, Burlington and Quincy Railroad. Tracks containing five bridges span the water between Keyesport and Boulder, dividing the upper and lower parts of the lake. The rights to 69 oil wells were purchased and plugged in to prevent pollution in the lake.

Carlyle Lake project was completed in April of 1967

Always clean and lots of space to picnic and cookout

This place is very family and friends oriented. Nice place to go to have some fun in the summer.

Amazing free fun for everyone in the family. It never gets old.

Beautiful lake with lots of walking, biking and hiking trails. There’s a beach and a massive dock with a solid selection of boats to rent.

What else you can experience at Carlyle Lake?

If you want to experience Carlyle Lake and enjoy in it’s full beauty you have to see it from the sky. How? You can visit us, Gateway Skydiving Center located near the Carlyle Lake. Our mission is to create a fun and friendly environment for our first time and experienced jumpers alike while putting safety first.

At Gateway Skydiving Center we treat you like family and not just a number. We have a very hands-on approach, because we understand that, while exciting, first jump can also be intimidating. If you want to know what others think of us please visit THIS site.

Common concerns when going to skydive